The Ultimate Guide to Inflatable Stand Up Paddleboards

Inflatable SUPs are significantly better overall for enjoying all-around paddling due to the advantages they offer in terms of injury prevention, versatility, weight, portability, and durability. However, if you are mainly purchasing a board for SUP racing or surfing, hardboards have certain technical characteristics that make them worthwhile to consider.

Among SUP boards, inflatable paddleboards used to be viewed as a novelty. However, over the years they have evolved and are now the starting point and new normal when looking for a new paddleboard to buy. Below are seven comparison points that you can use to help guide your decision-making process on whether you want to buy a hardboard or SUP. We will provide answers to some common questions.

Over time it has been proven that inflatable paddle boards are more durable compared to epoxy SUPs. High-quality inflatables are made out of military-grade materials that do not have the same vulnerabilities that hardboards do – holes and digs that result in the need for expensive repairs. That is why you see many more inflatables out on rivers than hard boards, where impacting with rocks is an important factor that must be considered, and why SUP rental agencies and schools are increasingly choosing inflatable fleets to help minimize the amount of board damage caused by the careless handling of renters and students.

When you fall on an inflatable SUP it doesn’t hurt too much. However, it can be quite painful to fall on a hardboard. Inflatable paddleboards are a lot easier on the ride’s body and anyone else that the board may come into contact with.

Fatigue is reduced by a softer deck. When you stand on an inflatable SUP it is very similar to standing on an expensive rubber mat that is used in commercial environments so that fatigue is reduced. Your feet are going to be much more relaxed and comfortable due to less contact pressure. Your neck, back, and knees also benefit.

Inflatables are lighter and used more often. An inflatable for a certain board size will normally weigh less than a hardboard that is the equivalent size, which makes getting it over the water much easier.

When traveling, you can check in a blow-up board on an airplane. Inflatable SUPs can also be rolled up so they fit inside of a bag that you can check on a plane or put in your car’s trunk. When you take your SUP board on vacation it can save you hundreds of dollars in rental fees and give you the freedom and flexibility to paddle based on your schedule and preferences.

Inflatables Perform Better In Different Settings. Improvements in design and material technology have resulted in providing inflatable SUP boards with a rigidity that rivals hardboards and at the same time have distinct performance advantages compared to epoxy ad fiberglass boards. An all-around or performance/enthusiast class inflatable board often can be paddled anywhere on small waves, flat water, and depending on the specific model, even in whitewater. When inflatable and hard boards having the same footprint are compared, inflatables may have as much as 20% more volume, which makes them even more stable and supports more passenger and rider weight. Performance advances have resulted in inflatables being increasingly used by both casual SUP racers and in competitions. It is no longer the case that hard board-like performance is what is aspired to since there are distinct advantages to inflatables that have resulted in them coming into their own.

What is the expected lifespan of an inflatable paddleboard?

We could give an arbitrary range like 2 to 12 years to answer the question. However truthfully an inflatable SUP’s durability is going to depend on the kind of use it undergoes and the quality of the specific board that you purchase. We will share our direct experience as a real-world example from when we first started our business in 2012. The Earth River SUP was the very first brand of boards that we sold. Most of them are on the water still. That is almost eight years later on an early design inflatable. Since that time manufacturing technology has made significant advancements.

It is possible to repair inflatable paddle boards?

Yes, it is possible to repair many forms of damages that inflatable SUP boards sustained. Sometimes the owner can do the repairs but they are more often done by an experienced and qualified repair shop. A patch kit is still included with a majority of inflatable paddle boards. However, they are seldom needed with a good inflatable. Patch kits are throwbacks to the earlier single-layer design of inflatable SUPs. The question then was, what will happen if the inflatable gets a hole? at the time, the answer was a patch kit, which came in a distinct orange tube. Today, patches rarely need to be done on performance-level SUPs. When a patch is needed, it is usually due to the inflatable having a major impact with a sharp object or rock or abusing the board like dragging it over the pavement.

What Pounds Per Square Inch (PSI) should my paddleboard be inflated at?

We recommend that high-end SUP boards be inflated to a 15 PSI pressure with a 17 PSI maximum. At this level, performance level SUPS can achieve optimal rigidity and it isn’t necessary to go higher than that. Some companies advertise extreme maximum pressures, like 25 or 20 PSI. However, when you inflate to those high-pressure levels, from an inflation standpoint it is impractical and provides no or little improvement in rigidity while placing unnecessary stress on the board. 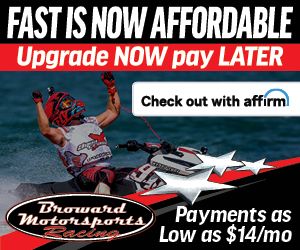 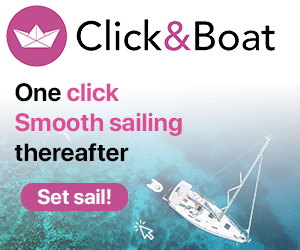